What distinguishes the Cuban “Ron”

1 – The Cuban Republic State Seal guarantees and protects rum production. The Cuban Standard NC 113.2001 ” Rum Specification ” and decree “n. 135/2001” establish the necessary methodological requirements.
2 – The quality of the low acidic molasses (defined not by chance as “honey”), with a low percentage of polymers and enriched by a natural, uncontaminated microflora.
3 – Mixed culture of natural leavening agents preserved for years, necessary for the fermentation process.
4 – The quality of the water used in the fermentation and processing of the “Ron”.
5 – The climate, the air, the temperature and the humidity, a decisive microclimate for aging.
6 – Aguardiente aging in white oak barrels.
7 – The exclusively traditional aging processes of the rum: in wooden barrels in compliance with the “battery”, to ensure the sustainability of production and quality.

Whoever starts well is half the battle… From the distillation of molasses at 74 degrees, the aguardiente is obtained. A part of the agent is further distilled until it reaches 94 degrees: we have superfine alcohol. For Cuban rum, the agent must not only comply with the physico-chemical organoleptic characteristics previously defined, but also possess the organoleptic profiles preserved in the memory of the Maestros roneros and handed down from generation to generation. In Cuba the aguardiente grows old. It is necessary to respect the necessary aging time, about 18 months, for the alcoholic particles to react with the wood and with each other, forming the characteristic aromatic compounds. The quality of aging of the agent is essential to create, once mixed with water and superfine alcohol, a Ron Base or Ron Fresco of exceptional quality, ready to be consumed or started to age.

The traditional and natural aging of Cuban rum is carried out in barrels of 180 – 200 liters, of American white oak. Only natural processes intervene in the formation of the components that shape the sensory profile of rums. In the Cuban tradition, first the aguardiente is obtained and aged and, subsequently, starting from the same and by blending with superfine alcohol and pure water, the Ron Fresco or Ron Base is produced. The rum begins the aging phase, it is from this moment that the years declared on the Ron Varadero labels are determined.

This is not the phantom average age of aging or “minimum drop, maximum drop” but the time that the rum spends in the barrels until bottling. For the Cuban Maestros Roneros, natural aging is exclusively what is produced by the interaction of the aromas coming from the agent with the elements that the oak wood of the barrel brings and the consequent transformation of both. These processes take place inside oak barrels treated with toasting or burning of the internal surface. The years of aging shown on the label, as a rule established by Cuban tradition and legislated by the government to defend the production, declare the actual time spent by the rum in the barrels.

The true secret of the Distillery of Santiago de Cuba

From the birth of the factory, myths have arisen that linked the exceptional quality of the product to factors such as the nearby passage of wagons full of sugar cane, which by causing vibrations to the barrels of barrels thus produced a reaction favorable to mixing and consequently to aging. ; without questioning the typical Cuban romanticism, the real secret of the Santiago Distillery lies in the hands of the all Master Blender such as Alfonsino Matamaros, Mariano Lavigne, Humberto Corona, and Tranquilino Palencia “Tano” (in the picture), the Master of Ron Varadero.
Men who continued to practice their art, protecting the aging batteries of the Ron, treasure of the Distillery, and who passed down their knowledge over the years.
Even the train still passes. 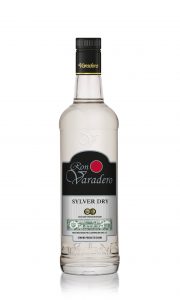 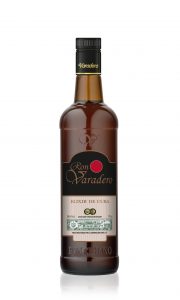 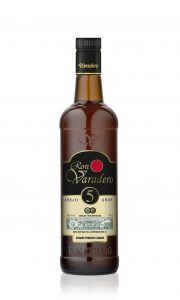 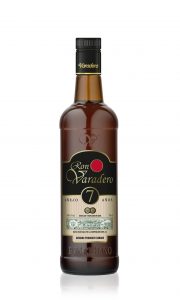 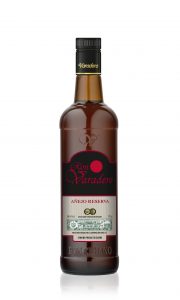 We use cookies on our website to give you the most relevant experience by remembering your preferences and repeat visits. By clicking “Accept All”, you consent to the use of ALL the cookies.
By clicking “Reject All”, you consent to the use of "necessary" cookies only.
However, you may visit "Cookie Settings" to provide personalized consent.
Accept All Cookie Settings Reject All Read More
Manage consent

This website uses cookies to improve your experience while you navigate through the website. Out of these, the cookies that are categorized as necessary are stored on your browser as they are essential for the working of basic functionalities of the website. We also use third-party cookies that help us analyze and understand how you use this website. These cookies will be stored in your browser only with your consent. You also have the option to opt-out of these cookies. But opting out of some of these cookies may affect your browsing experience.
Advertisement
Advertisement cookies are used to provide visitors with relevant ads and marketing campaigns. These cookies track visitors across websites and collect information to provide customized ads.
Analytics
Analytical cookies are used to understand how visitors interact with the website. These cookies help provide information on metrics the number of visitors, bounce rate, traffic source, etc.
Functional
Functional cookies help to perform certain functionalities like sharing the content of the website on social media platforms, collect feedbacks, and other third-party features.
Necessary Always Enabled
Necessary cookies are absolutely essential for the website to function properly. These cookies ensure basic functionalities and security features of the website, anonymously.
Others
Other uncategorized cookies are those that are being analyzed and have not been classified into a category as yet.
Preferences
Preference cookies help us to memorize your settings and browsing preferences such as language preferences so that you have a better and more efficient experience on future visits to the website.
SAVE & ACCEPT
Powered by